FREE U.S. SHIPPING ON ALL ORDERS OVER $75

WHY WE MADE IT

CALL-SIGN MAKO THREE ZERO CHARLIE
Honored the Sacred Promise to Never Leave Anyone Behind.
Because of his selfless defense of his position and final charge to protect his comrades. New to DIA?
Use WELCOMETODIA at checkout and get 10% OFF your first order

Sergeant Chapman enlisted in the Air Force on Sept. 27, 1985, as an information systems operator, but felt called to be part of Air Force special operations. In 1989, he cross-trained to become an Air Force combat controller.

Fast forward to 2002, and Chapman took part in Operation Anaconda, a special operation to push the Taliban out of Afghanistan by establishing a series of observation posts. one such post was Takur Ghar. Attached to a Navy SEAL Team, they attempted to take control of the mountaintop to establish an observation post but were repelled by overwhelming enemy firepower. During the helo retreat, a SEAL team member fell from the helo and perished in the deep snow on the mountaintop.

After returning to safety, the SEAL team and John Chapman decided to return to retrieve their fallen comrade's body. When the team touched down once again on Takur Ghar, they were under heavy fire from multiple bunkers and had to fight uphill in thigh-high snow. Chapman charged ahead through the snow ahead of his team, who were effectively suppressed by the enemy and killed two Taliban in a bunker at close range. He entered the bunker with a SEAL team member and engaged the Heavy MG in the adjacent bunker, at which point he was wounded and lost consciousness.

The SEAL team leader saw Chapman lying motionless and decided to retreat downhill with the remainder of his team, leaving Chapman behind. An AC130 gunship was called in and pummeled the mountaintop in an attempt to destroy the Taliban outposts and retrieve their fallen comrades. During this time, Chapman was experiencing this hellacious destruction from his position on the mountain. He regained consciousness and continued to engage the enemy from all sides by himself. At one point Taliban made it into his bunker, and he killed them in hand-to-hand combat. When another helicopter with Army Rangers approached to rescue him, he charged out of his bunker to protect the helo after it was hit by an RPG, thus distracting the enemy with his final remaining rounds long enough for the soldiers to disembark.

Unfortunately, this legendary hero was shot through the heart and killed instantly. In all, his body suffered a half dozen bullet wounds, bruises, and cuts from hand-to-hand combat but the selfless defense of his position and final charge to protect his comrades earned him our country's highest honor.

DIA Honors this hero with a shirt of our design, representing the shattered earth he died to take from the enemy, fighting alone on a mountaintop until his final breath. A true American hero!

Platinum WRAP Certified. American made is something we believe in deeply and have been manufacturing in the U.S. and internationally in a no-sweat-shop, humane, sustainable way since day one. Machine wash cold, inside-out, gentle cycle with mild detergent and similar colors. Use non-chlorine bleach, only when necessary. No fabric softeners. Tumble dry low, or hang-dry for longest life. Cool iron inside-out if necessary. Do not iron decoration. Do not dry clean. This updated unisex essential fits like a well-loved favorite, featuring a crew neck, short sleeves and designed with superior combed and ring-spun cotton Manufactured using 7X less water than competitors and produce almost no land-fill because everything is recycled that can't be made into a tee. Love the shirt. It came in a timely manner and looks amazing Great quality shirt to honor the fallen 13. Love it! 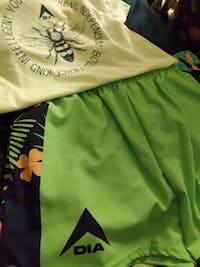 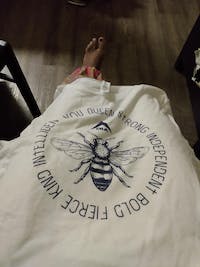 DIA Summer Bee Something Womens Crop Tee
Like the shirt

I like the message and half the people that see it think it's a real Nike shirt. Comfortable. Wore this shirt in the mall and didn't get why all these random people were thanking me for my service or saying Semper Fi. Then realized I had this bad boy on. Proud to serve '96-'00. Was my favorite shirt to wear until I stupidly wore it trimming blackberry bushes and fell in and snagged it. Just came on to buy another one. Came on here to buy another shirt and wanted to leave my kudos to the makers. Southie here making my ow luck.

Hippies hate it, but true Americans that see it and read it have given me thumbs up in public. Total strangers. My son picked this shirt up for me and it fits well and is soft. Was a great memorial Day gift. I got the blue one. Very nice shirt ! I love the captions DIA puts on their clothing line. That was the first thing that caught my eye! Received my shirt and love it ! Ordered another shirt as well. Fast delivery and reasonable pricing. Thanks you DIA These shorts are perfect for summer. I wore these on a hot summer day, you know the day you usually stick to a chair, and these kept my thighs and butt cool. They are so lightweight and the design just puts you in summer mode. They are perfect for lounging around the house or being out in the sun. I love the feel of this top. It feel so light and airy. It’s the perfect summer tank. I love the message too. Reminds me that I am in control and I can make my own paradise however i want it. 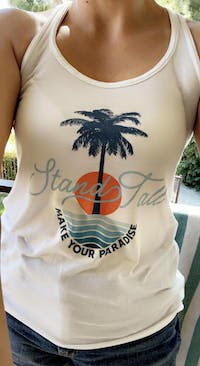 Let customers speak for us

Love the shirt. It came in a timely manner and looks amazing

Thanks Brother! We appreciate the compliment.

Thank you. We appreciate the compliment. We are proud to honor Captain Paddy Brown's heroic actions and memory.

Great quality shirt to honor the fallen 13. Love it!

Thanks Mike! We will always remember the 13. We appreciate your support. 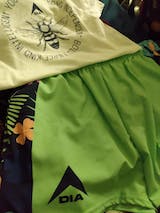 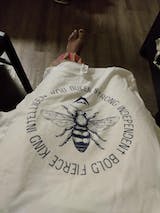